This season the Exploring German Group is exploring “Aspects of Austria”. It is wonderful what comes to light when one member turns out to have a Viennese mother from a Vine-growing family, another has an Aunt who brought Art treasures with her when she fled the Nazis, while several of us have happy summer and/or winter holiday memories from Upper Austria and Vienna.  And all of us are fans of The Sound of Music. 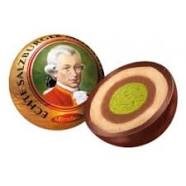 We were given a survey of 20th century political developments, showing how a major European imperial power was reduced to a neutered rump following two disastrous World Wars. At the back of our minds constantly is awareness of the country’s once-dominant position in Europe – legacy of the Habsburgs, of the Holy Roman Empire, of the Dual Monarchy: K.u.K. = ‘Imperial and Royal’. They speak German, they must be German! But are they? So, what is ‘German’? (And what is ‘European’? … And are we Brits European at all?!)

Such questions will continue in the background when we resume in the New Year, considering Artists Klimt and Schiele, the fortunes of Vienna’s Jews, Motor pioneer Ferdinand Porsche, Zoologist Konrad (“he spoke with the birds”) Lorenz, a Viennese wine-grower’s family, and the power-duo Gustav and Alma Mahler. All sessions are richly illustrated by means of Powerpoint presentations.

At our pre-Christmas session we watched ‘the best-ever British film’ The Third Man before finishing off with ‘Glühwein’ and nibbles. 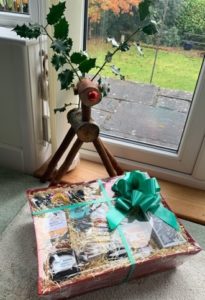 Rudi’, left, is an honorary Austrian. What a super gift he delivered to mark the Christmas break – thanks!

The Royal Shakespeare Company will be performing … END_OF_DOCUMENT_TOKEN_TO_BE_REPLACED

The Ship Inn at Noss … END_OF_DOCUMENT_TOKEN_TO_BE_REPLACED