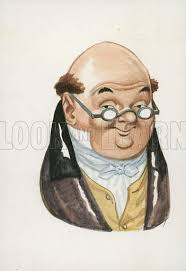 Poor Mr Pickwick! He had never played with three thorough-paced female card-players before. They were so desperately sharp that they quite frightened him.

If he played a wrong card, Miss Bolo looked a small armoury of daggers; if he stopped to consider which was the right one, Lady Snuphanough would throw herself back in her chair, and smile with a mingled glance of impatience and pity to Mrs Colonel Wugsby; at which Mrs Colonel Wugsby would shrug up her shoulders, and cough, as much as to say she wondered whether he ever would begin.

Then, at the end of every hand, Miss Bolo would inquire with a dismal countenance and 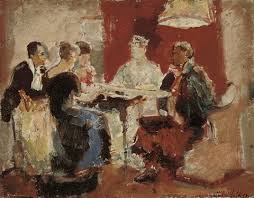 reproachful sign, why Mr Pickwick had not returned that diamond, or led that club, or roughed the spade, or finessed diamond or led through the honour, or brought out the ace, or played up to the king, or some such thing; and in reply to all these grave charges, Mr Pickwick would be wholly  unable to plead any justification whatever, having by this time forgotten all about the game!

…the cards were against him also and, when they left off, Miss Bolo rose from the table considerably agitated, and went straight home, in a flood of tears and a sedan chair.

An extract from The Pickwick Papers by Charles Dickens

Do you remember that … END_OF_DOCUMENT_TOKEN_TO_BE_REPLACED