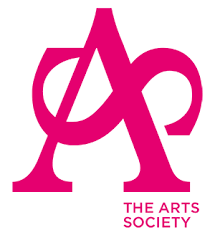 Irving Finkel is a British philologist and Assyriologist. He is currently the Assistant Keeper of Ancient Mesopotamian script, languages and cultures in the Department of the Middle East in the British Museum, where he specialises in cuneiform inscriptions on tablets of clay from ancient Mesopotamia. Irving is the author of several academic articles and books on ancient Babylon. He also studies the history of board games, and is on the Editorial Board of Board Game Studies. Among his breakthrough works is the determination of the rules of the Royal Game of Ur.

Irving founded the Great Diary Project, a project to preserve the diaries of ordinary people. In association with the Bishopsgate Institute, he has helped to archive over 2,000 personal diaries. In 2014, the V&A Museum of Childhood held an exhibition of the diaries of children written between 1813 and 1996. Irving has written a number of works of fiction for children, including The Princess Who Wouldn’t Come Home and Swizzle de Brax and the Blungaphone.

Do you remember that … END_OF_DOCUMENT_TOKEN_TO_BE_REPLACED