Jo Richardson’s recent talk on ‘Our Place in Space’ – the solar system of planets, asteroids and comets – prompted a very interesting discussion when six members of the Discussion Group met recently.

Light travels very fast but it takes 27,000 years for it to reach us from the centre of the Milky Way, if only we could see it there as there is an enormous black hole. Our nearest galactic neighbour, the Andromeda Galaxy is almost a million light years distant and some galaxies are billions of light years away. As for time, we know that the solar system is 4.6 billion years old, but let us multiply that figure by 10^(-8) to reduce it to 46 years. With a 46 year old Earth, one minute equates in reality to about 12,000 years meaning that Jesus Christ lived for about 9 seconds only 10 minutes ago. 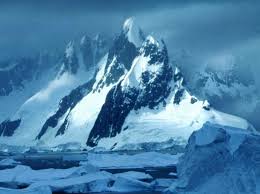 The Ice Age ended less than an hour ago and Homo Sapiens was still a hunter gatherer. The dinosaurs became extinct about 9 months ago (65 million years) having lived for three years or so, but the first very primitive life appeared within the Earth’s first 6 years. Our tenure on the Earth is unbelievably short and we have been ‘radio transmissive’ for less than 200 years or only one minute in the 46 years of the planet’s life. This may go some way to explain the total lack of intelligence we hear from the signals of space but there is much more besides.

Children in school are encouraged to embark on projects, a common one being astronomy, drawing pictures of planets and the like. But if you were to ask them if they’d actually seen a planet likely they’d struggle. Jo in her talk explained where you might find Venus and Mercury in the evening sky, planets appearing as stars, but one of our group, Lynne, actually did find them. Often you can see Venus, nearer to the Sun than us, as the bright ‘evening star’ close to the recently set Sun. Sometimes one can see both Venus and a bigger planet such as Jupiter when the latter is on the opposite side of the Sun. A recent magazine had considered invisible planets and those that had changed their position over geological time. 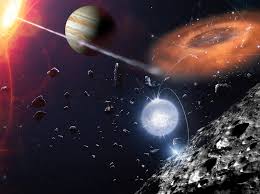 One theory is that the biplanetry Earth/Moon system came into being as the early Earth collided with another a smaller wandering planet. Mars has two tiny moons which may be captured asteroids. It may also have once been in a different position vis-à-vis its current orbit. The Solar System may be an oddity in having its largest gaseous planets outward from the smaller rocky ones, whereas many other systems have gas giants close up to the parent star. Beyond Neptune there is some evidence due to gravitational perturbations of the existence of a very distant planet (Planet IX) of between two and five times the mass of the Earth, but it would be very dark and extremely cold. Thus far it is impossible to see it but it known that many smaller bodies inhabit the outer Solar System reaches.

The question of life beyond the Earth has long taxed the imagination. Searches for intelligent signals hitherto have produced absolutely nothing though there have been a few false moments of excitement. Many exoplanets often a bit bigger than the Earth have been detected in the last 30 years orbiting other stars. Dubbed ‘Superearths’ they sometimes lie in the Goldilocks zone of equable temperatures to our own and may have oxygenated atmospheres with water present, thought to be a vital conjunct to the existence of life. Focus upon them has produced nothing intelligible, but that would have been true for the Earth save for ‘one minute in 46 years’.

The three stars in the Centauri system, at c. 4.6 light years, are much closer to one another than to their nearest neighbour the Sun, two being of solar size and typically being of an equivalent  distance apart of the Sun to Uranus. In this system are potential superearths, but maybe bombarded by X-rays. Should they possess intelligent life, an exchange contact could be formed, but as with so many other superearths there are numerous factors that make such an existence impossible. The Milky Way thus far is looking quite empty for the existence of intelligent life ( Fermi Paradox) but beyond it lie all the other galaxies albeit at millions if not billions of years into the past. Much nearer home is Europa, Jupiter’s iceball moon, encasing a sea of water possibly 60 miles deep with perhaps warmer rocks further down. Might this be host to microbial organisms. There is Enceladus as well, a smaller iceball, very similar but in orbit around Saturn, which spews out jets of what appears to be water freezing into ice.

The young Earth acquired water and life quickly but only in the most recent geological time did that manifest itself into anything intelligent. It could be the case that the simplest forms of life are common but intelligent life is highly exceptional if not elusive, so no Planet B.  The jury is out.

It was a very … END_OF_DOCUMENT_TOKEN_TO_BE_REPLACED