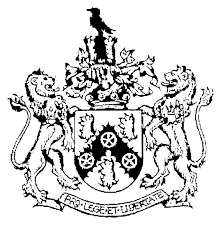 Many of you will have enjoyed attending The Caradon Lecture in previous years, held in Plymouth at either Marjon or Plymouth University.  Last year we were priviledged to hear Bridget Kendall talk about the rollercoaster ride of Anglo-Russian relations and this year it will be Kim Darroch – Lord Darrock of Kew – in conversation with Martin Oates, BBC South West’s Political Editor.

You may recall that, as Kim Darroch, he served as the British Ambassador to the United States between January 2016 and December 2019. He resigned his post on 10 July 2019 following the leak of diplomatic cables in which he had been critical of the Trump administration, and concluded his post in December 2019 when he retired from HM Diplomatic Service. He has since written a book – Collateral Damage: Britain, America, and Europe in the Age of Trump – which was published on 17 September and many of you will have read extracts in the Sunday Times.  The planned lecture is adjacent to the upcoming US election, which may still be going on if neither candidate concedes while the postal votes are counted or the President’s health causes disruption! 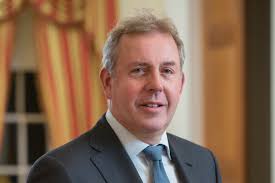 The Trust intend to run the lecture in the form of “A conversation with Kim Darroch” with Martyn Oates, BBC South West’s Political Editor and a Caradon Trustee, will be hosting the event.

The Lecture will take place at 7.30pm on Thursday 12th November over Marjon’s Facebook and YouTube channels and exact details of how to access the conversation will in due course be on the Plymouth Marjon University website.  There will be a full recording available on either the Lord Caradon Trust or Marjon websites after the event.

As the event is online, there is no audience limit and the Trustees are very happy to bring the Lecture to a wider audience – hence our posting this information.  The event is usually by invitation only.

It was a very … END_OF_DOCUMENT_TOKEN_TO_BE_REPLACED