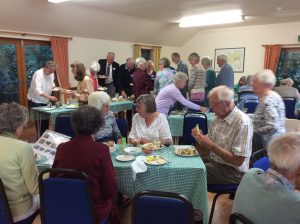 3A movement is a self-help organisation for people no longer in full time employment. The U3A is non-religious and non-political and the aim is to provide educational, leisure and creative opportunities in a friendly environment and make lifelong learning a reality for all third agers.

Each U3A is a mutual aid organisation that operates independently and is self-funded with membership subscriptions and as a member of The Third Age Trust (the U3A national body) follows the guiding principles of the U3A movement. No payment is made to members for services rendered to any U3A and its all voluntary.

For more information on the U3A and resources available within the organisation for its members, visit u3a.org.uk

Go for a tram ride Wind through Lisbon from … END_OF_DOCUMENT_TOKEN_TO_BE_REPLACED

For a few weeks now, … END_OF_DOCUMENT_TOKEN_TO_BE_REPLACED

For the Art lovers … END_OF_DOCUMENT_TOKEN_TO_BE_REPLACED